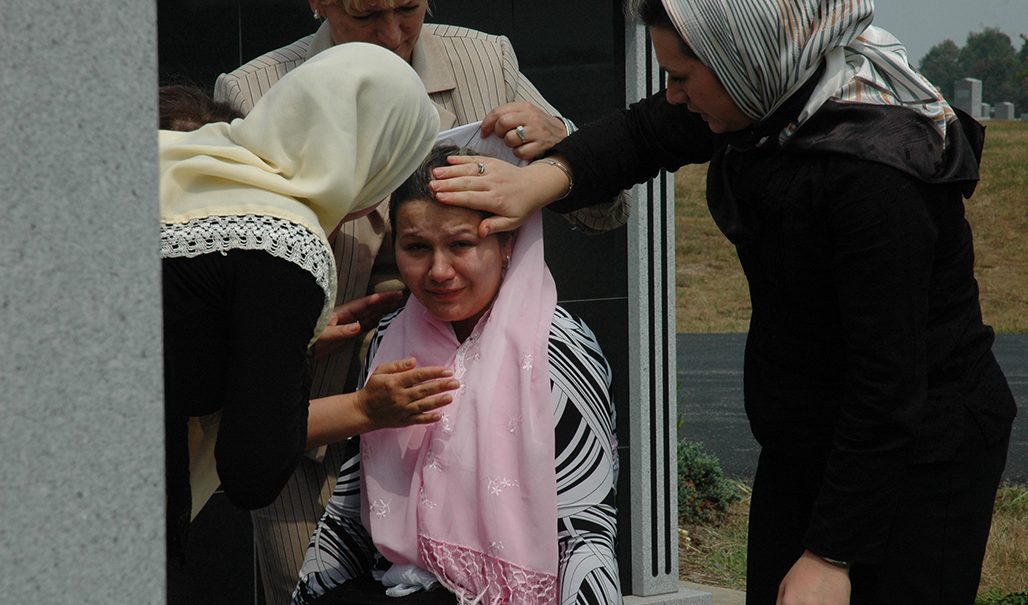 Nothing had scraped my ears and soul like hearing Senada’s words as she was pulled out from a van at the J.C. Kirby & Son Funeral Home in Bowling Green, Ky. Almost seemingly she’d faint, but instead, she screamed as we stood by the tombstones: ”No one will stop me from attending my Mom’s funeral!”

And she stood there.

Senada was born into a Bosnian Islamic culture and faith. But unlike in many other countries where Islam is a predominant religion, in Bosnian Islamic tradition, women are forbidden from going to funerals due to their stronger emotions, louder cries, and grieving that man of that faith express more subtly. Therefore, in Bosnian Islamic tradition, women usually stay at home, serving the people who visit the home of the deceased, or they go to the mosque to pray. It is said that loved ones and relatives are to observe a three-day mourning period.*

That year, in 2004, Senada got married, gave birth, and 25 days later after her daughter was born, her Mom passed.

”Her death took us by such a surprise. She wasn’t sick or anything. We took her to the hospital at 1 p.m. and next thing you know, she is gone. I used to say that it would have been easier had she been sick, so we’d prepare for her to be gone. But with years, I realized how selfish that would have been having to watch her suffer, only so we could have more time with her.”

Senada arrived to Bowling Green with her Mom and a younger brother in 2000. “He never mentions her. And I, I can’t even watch my wedding tape because I hear her voice in it..”

Senada is married and has two children, she continues to live and work in Bowling Green, and she explains her connection to the place of the burial:

“You are so connected to the place. Like, I’ll drive by the place she is buried, and I’d feel she’s there, that I need to stop by. Even though I know her soul is not there, but I’d still go there alone, to cry so no one could hear me. Now when I go with my kids, it’s so much easier. They don’t let me cry as much.”

* Under Islamic funeral customs, the mourning period for a relative is typically 3 days. www.funeralwise.com